This website places in your device various information, including so called "cookie" files. We use “cookie” files to facilitate the use of the www.gkpge.pl website by adapting the service content to users’ preferences and to ensure its continual development. If your browser is set to “Enable cookies”, it means your acceptance of this practice. Please find more on cookie files here

We want to shape a responsible energy industry of tomorrow in our country.

We are Poland's largest vertically integrated producer and supplier of electricity and largest producer of district heating. The Group currently consists of 4 operating segments, 58 subsidiaries and over 40,000 employees. Managing such an extensive structure is a great challenge.

Our main shareholder is the State Treasury, which holds 1,072,984,098 ordinary shares, representing 57.39% of the Company's share capital and entitling to the exercise of the same number of votes at the General Meeting. The remaining 796,776,731 shares, constituting 42.61% of the shareholding structure, is referred to as free-float, i.e. shares that are freely traded.

Precisely identifying our full shareholding structure is difficult because under Polish law investors are required to disclose their holdings only if they exceed the 5% threshold in a given issuer.

The Company monitors the holdings of select institutional investors based on their disclosure policies and periodically conducts a survey entitled Shareholder’s ID. In recent years, the results show that PGE S.A. shares are held by over 200 institutions from Poland and abroad. By monitoring publicly available data concerning shareholdings, we identified open pension funds that are shareholders of PGE (as at the end of 2017) - the following chart presents the details. 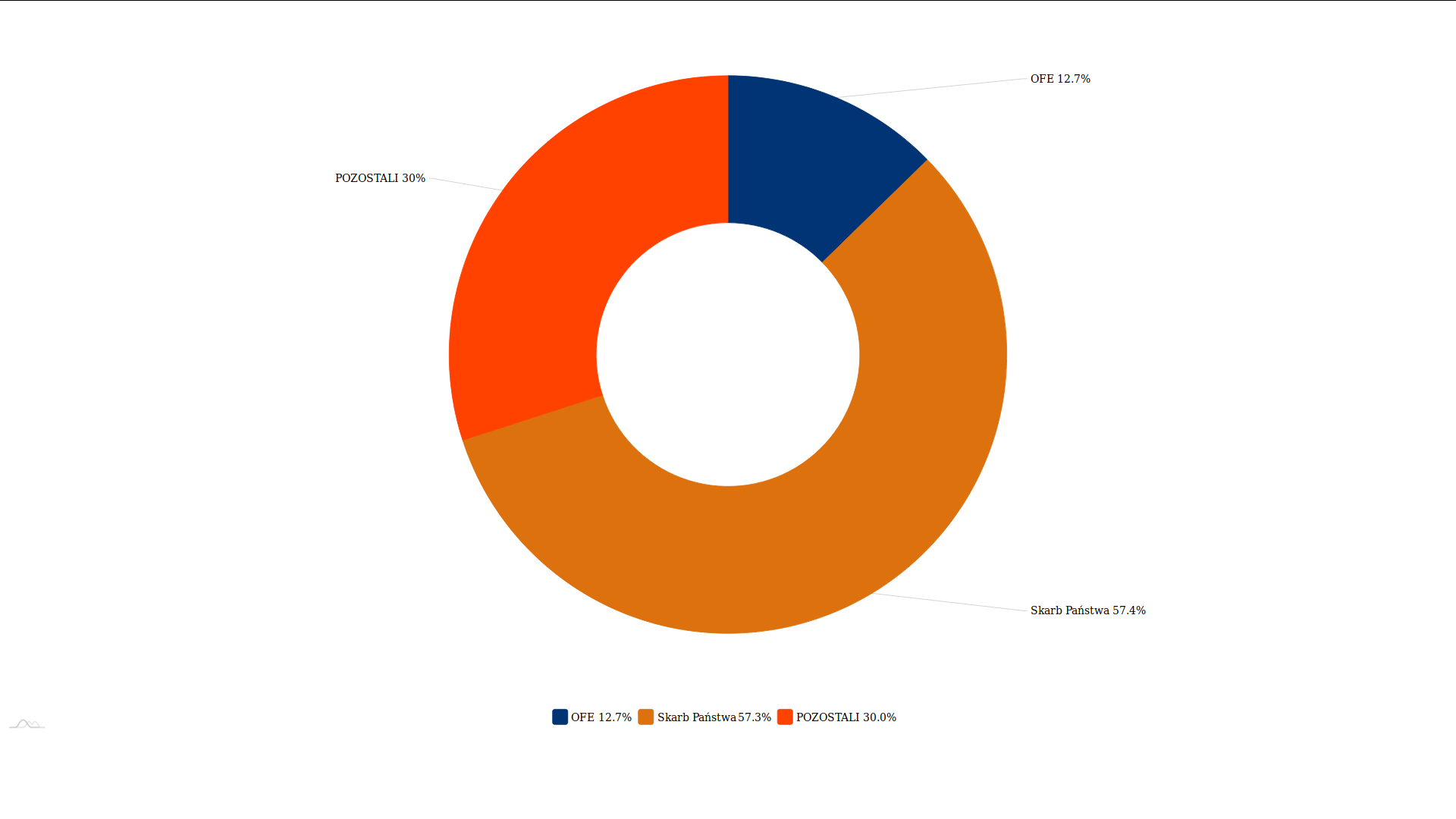 PGE S.A. is the parent company of PGE Group, which as of the end of 2017 consisted of 58 subsidiaries, 3 associates and 1 jointly controlled entities, across 4 business segments: Conventional Generation, Renewables, Distribution, Supply and Other Activity. 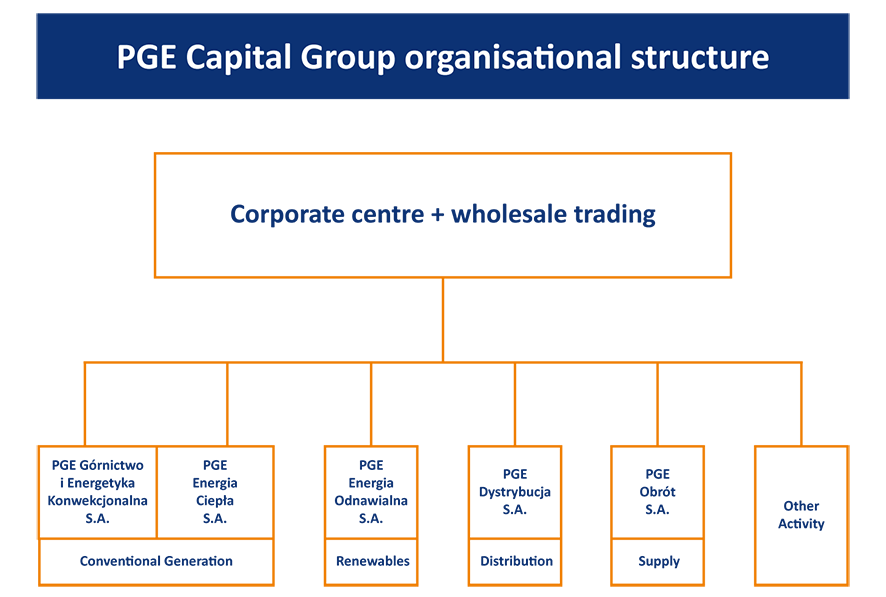 The Group's current structure was shaped in 2007 as a result of the contribution by the State Treasury of 85% of shares in PGE Energia and PGE Górnictwo i Energetyka to PGE S.A. in exchange for new-issue shares in the Company's increased share capital. When PGE S.A. debuted on the stock exchange in 2009, PGE Group consisted of 81 subsidiaries. Given its size, internal organisational changes and acquisitions, PGE Group is in a continuous process of simplifying structures and integration.

The key change having impact on PGE Group's structure in 2017 was the purchase of EDF Polska's assets. As a result of this acquisition, PGE Group gained substantial control and consolidate EDF Group's companies in Poland using the equity method. At the end of 2017, the Group's structure was as shown below.

PGE Polska Grupa Energetyczna S.A. is a joint stock company. It is also PGE Group's parent - serving as a Corporate Centre managing the group based on information coming from PGE Group companies. The Corporate Centre makes important decisions regarding the operations of specific business lines as well as strategic directions for the development of both business lines and the Group as a whole.

According to Polish law, the corporate bodies of a joint stock company are the general meeting, supervisory board and management board. Competences of the governing bodies are specified in the company's statutes, the content of which is established by the company's general meeting. A simplified organisational diagram for PGE S.A. looks as follows:

The General Meeting is a meeting of the company's shareholders (co-owners) during which they may adopt results only on matters that are included in a detailed agenda, as established by the Management Board or another entity convening the General Meeting.

The Supervisory Board exercises continuous supervision over the company's activities in all of its operating areas.

The Management Board represents the company and conducts its affairs.

Our business Corporate governance
BACK NEXT
Do góry